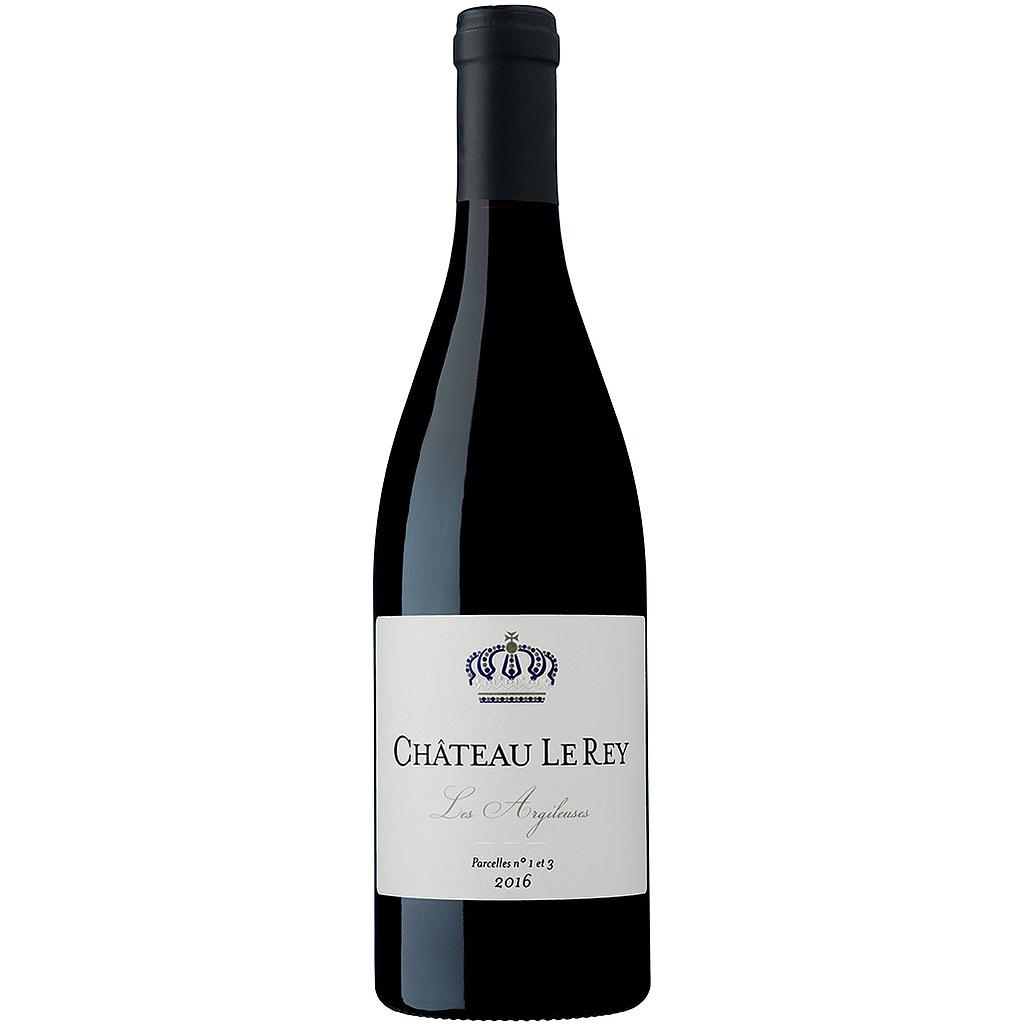 Red Bordedaux Wine
Castillon
Appleation Cotes de Bordeaux Controlee
Aromas of intensely clean and pure blueberry, blackberry and dark cherry carry through onto the palate, and the finish is remarkably fresh, clean, crisp and bright.
This special cuvee has been crafted from only our best parcels of blue clay. The vinification without adding sulphur and the aging without using any oak enables us to capture well-balanced and pure notes of fresh fruit and blackberry.
Production: 24,000 bottles
Alcohol 14%
Château Le Rey is a continuous property of 12 hectares, situated on a clay-limestone terroir on the right bank of the Dordogne. It occupies a privileged position on the plateau of Sainte-Colombe, a little town east of Saint-Émilion. The town full of history, including the remains of a Roman villa and its mosaics, as well as a classified Romanesque church from the 12th century.

This very ancient property has belonged to the Roque family since the Louis XIII period. The last descendant of this family is Philippe Le Roy, who comes from a long line of winemakers and coopers. He will be the one that will pass on the baton.

The average age of the vines is 30 years, and the conduct of the vineyard follows the environmentally-friendly philosophy of our other properties.

Today two cuvées are produced at Château Le Rey: ‘Les Argileuses’ and Les ‘Rocheuses’. These two wines are not typical of Bordeaux first and second label wines, but instead are made in a Burgundy style with a terroir philosophy. ‘Les Argileuses’ is produced from a green and blue clay terroir and ‘Les Rocheuses’ from a 100% limestone terroir.
Vintage 2016
Grape Varieties Merlot, Cabernet Franc
Viticulture Conventional
Type Red
Age of Vines 30 years old
Vinification Hand picked and sorted. Fermentation and maceration in conical stainless-steel tanks by plot.
Elevage 6 months in stainless-steel tanks (no oak)
Production 27,000 bottles
Soil Type Green and blue clay (plot #1 and #3)